The International Monetary Fund (IMF) has warned the government of Ghana that it may not be possible to repay a US$2 billion bauxite-backed-loan it contracted with Chinese state company, Sinohydro, in 2018 which could lead to loss of collateral.

IMF concerns was captured in a new report released by the NRGI dubbed: “RESOURCE-BACKED LOANS: PITFALLS AND POTENTIAL”. Resource-backed loans have contributed to crippling debt levels in Africa and are shrouded in secrecy. These loans to governments, collateralized with oil or minerals, have been hidden from scrutiny for far too long and that must change, say the report’s authors.

Ghana’s government is obligated to repay a US$2 billion loan it agreed with Chinese state company Sinohydro in 2018. The repayment schedule requires a rapid ramp-up of bauxite production and refining, which the IMF has raised doubts about.

“The International Monetary Fund (IMF) has warned the repayment of the US$2.0 billion bauxite-backed-loan may not be possible and therefore could lead to loss of collateral”, the new report released, last week stated.

A 232 square kilometers Atewa Forest Reserve in Ghana’s Eastern Region where several billions of dollars in value of bauxite is deposited, up to five percent (5%) the bauxite deposits have been allocated to China through the China Development Bank. China would then pay Ghana with a variety of infrastructure projects including expanding the rail network, building new roads and bridges.

The government of Ghana estimates the country’s total untapped bauxite reserves at US$460 billion and is hoping to cash in on the rise in the price of alumina (refined bauxite). President Nana Akufo-Addo, in his Independence Day, 2018, address to the nation declared that, bauxite revenue was going to help fund his government’s much-trumpeted vision of ”A Ghana Beyond Aid”.

As many African countries struggle with Chinese debt, Beijing has been striking similar direct deals where precious minerals are exchanged for loans as is in the case of Angola (cash for oil) and in another deal with Guinea, to barter bauxite for infrastructure projects worth US$20 billion.

There is so much at stake for African economies and communities with resource-backed loans, but there is very little accountability and transparency and that has to change, said Silas Olan’g, NRGI Africa co-director in the report. “Borrowers and lenders must allow for greater scrutiny to ensure that these loans are sustainable and serve the interests of the people and the countries they are supposed to benefit.”

Silas Olan’g added: “The deals may already have been signed in Ghana and Guinea, but it’s not too late to come clean about the terms of the loan and to involve the communities who will be affected by the mining in meaningful discussions.”

Resource-backed loans have contributed to crippling debt levels in Africa and are shrouded in secrecy, according to a new report. These loans to governments, collateralized with oil or minerals, have been hidden from scrutiny for far too long and that must change, say the report’s authors.

A resource-backed loan is a borrowing mechanism by which a country accesses finance in exchange for, or collateralized by, future streams of income from its natural resources, such as oil or minerals. Researchers from the Natural Resource Governance Institute (NRGI) considered 52 resource-backed loans made between 2004 and 2018, with a total value of more than $164 billion; 30 of them, with a combined value of $66 billion, were made to sub-Saharan African countries.

Of the loans to sub-Saharan African countries considered by the researchers, 53 percent of the amount borrowed came from two Chinese policy banks: China Development Bank (CDB) and the China Eximbank. Most of the remainder was provided by international commodity traders, mainly to Chad, Republic of Congo and South Sudan.

The report, Resource-Backed Loans: Pitfalls and Potential, explores both the risks and opportunities the loans represent and offers policy recommendations that borrowers and lenders can implement to improve the practice, with a greater focus on borrowers.

Popular posts from this blog

Adnan Adams Mohammed
Information gathered by www.newsguideafrica.com is that, Tullow Oil Ghana (Operator of Jubilee Oilfield) is in search of a new owner in Ghana with the most probable being Total Oil - the French giant, whose operations overlap all of Tullow’s assets.
It is established that Total, unlike Tullow, has a strong reputation as an efficient offshore operator and also has links to cash-rich Qatar Petroleum. This news is breaking in the same week that Tullow Oil shocked the oil world when the Chief Executive Officer, Paul McDade and Exploration Director, Angus McCoss, all Board Executive members, resigned with immediate effect by mutual agreement over underperformance over the years. Tullow also suspended dividend payments.
A Financial and Energy Expert is of the view that, although all is not gloomy with the current operations and production at the oilfields in Ghana; Tullow still has one of the world’s best assets in Jubilee Oilfield - a low-cost producer and now conside…
Read more 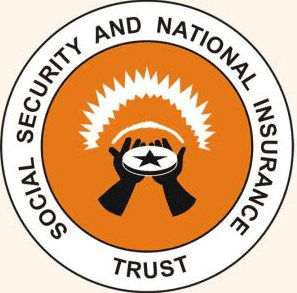 An Islamic NGO, MUYAD Social Service, has petitioned the Social Security and National Insurance Trust (SSNIT) over abuse of constitutional and human right of Muslims ladies who were posted by National Service Secretariat for their service and those who works with the Trust.
The petition follows a several complaints it received from some Muslim ladies who were posted there to do their mandatory national service and those working there permanently.
The group has demanded for response for the Trust deliberate flouting of the constitutional rights of Muslim ladies in the organization.
Below is the full petition:

PRESS RELEASE
16/09/2019
MUYAD SOCIAL SERVICES PETITION SSNIT OVER CONSTITUTIONAL AND HUMAN RIGHT ABUSE AGAINST SOME MUSLIM LADIES
The MUYAD Social Services (MSS), upon receiving complaints from some Muslims ladies posted to do their National Service with the Social Security and National Insurance Trust (SSNIT) but were denied access to do their mandatory national service becaus…
Read more

Asigri not qualified to be NYA Boss 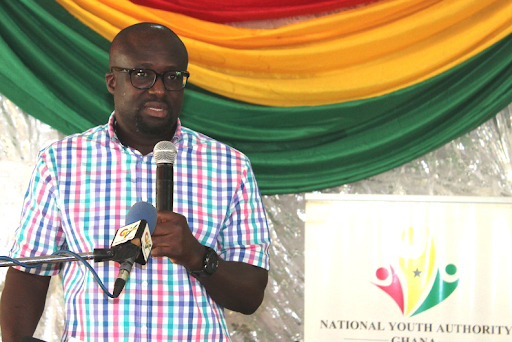 
The downward trend experienced under Mr Asigri's tenure as CEO of the authority can be directly linked to his inability to implement drawn programs and also collaborate with stakeholders and donor partners to positively impact the youth in Ghana.
Mr Asigri, whose CV is in possession of this paper has Diploma …
Read more